Mettur dam is one of the largest dam in India. Like other dams of India the purpose of this dam was also

The Mettur dam is located on the river Kaveri (Cauveri). It is located in Mettur in the district of salem. Salem is in the Tamilnadu district of India. It is said that the history of this dam dates back to 1834 and 1934. This is one century. Like other dams of India even this dam had to undergo a lot of paper work and discussions. 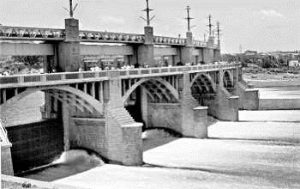 The importance of the Dam

Kaveri river is one the most important rivers of the country. Especially in the southern states of the India. Kaveri is also a sacred river. It attaches the same values that river Ganga has for the entire nation. As per Hindu mythology these rivers have been quoted to be worshipped.

Mettur dam which is one of the Dams of India constructed on the Kaveri River has huge importance for the states and nearby places. 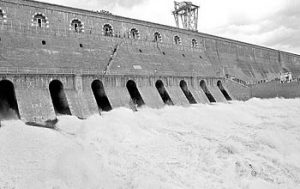 Why mettur dam was a must?

Mettur dam is the only source of largest reservoir in Tamilnadu. Tamilnadu is a southern state of India. It is also known as the “rice bowl of Tamilnadu”.

The chronology of river and dam

River kaveri and the usage of its water has been a point of discussion in the country for a long period. In the time period between 1892 and 1924 the usage of the water was regulated.

The highest capacity of this one of the largest dam in India is 120 feet. The river and the water dispute seldom let the dam to fill its extreme capacity.

The latest rows and disturbance for the kaveri water has been seen in Karnataka and Tamilnadu in the month of September 2016.