Mettur dam is situated at Mettur in the district of Salem, Tamilnadu, India. This is one of the largest dam in India. The presence of Mettur dam makes it one of the important Tourist places in Tamilnadu. The value mettur dam attaches to the asset of Tamilnadu is priceless.

Constructed in the year 1934, this dam has a rich history. Like other dams of India its construction history too is interesting and lengthy. Mettur was a result of disputes that arose on the water usage of River Kaveri.

1700 m (5600 ft.) in length, this dam is beautifully built in the Salem district of Tamilnadu. The hydroelectricity project of the dam is huge. The dam creates a Stanley reservoir. This Stanley reservoir is named after Sir, George Stanley. His Excellency Sir Stanley was the guide behind the construction of this dam. 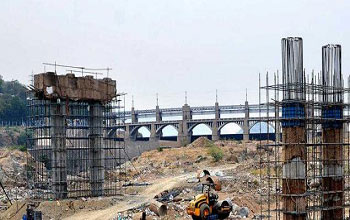 The maximum capacity of the dam is 120 ft. This volume of water capacity is quite huge and extra ordinary.

India is a land of rivers. The rivers of India are all rain fed. The usage of water of these rivers is distributed amongst various states and provinces. However there are disputes too. The Mettur Dam ,largest dam in India,has always been in news because of the Cauvery water dispute between the States of Tamil Nadu and Karnataka.