A trip to Mettur for Tamilnadu tourism.

Mettur dam is one of the most important destinations for Tamilnadu Tourism. If you are planning a tour to the beautiful state of southern India, don’t’ miss the view of this mesmerizing dam. In India dams are of utter importance and they attach scenic beauty of the country.

Mettur dam is in the Salem district of Tamilnadu. Salem is an industrial area. The dam has extremely beautiful view. The weather is hot mostly.

The little attractions nearby

If you are on for Tamilnadu tourism you need not be worried about how to reach Mettur. It is a well-connected place. The visitors of this dam are fond of the

Salem is the sixth largest city in the Indian state of Tamilnadu. It has the ownership of this beautiful and huge dam. In India dams have their own attractions. They are prized possessions for the concerned city and state.

The Muniappan temple is an ancient and popular temple. The idol is huge and unique. It is worshipped as father or fore father. The god (Muniappan) is supposed to have supernatural powers. The blessings people get after his darshana is valued highly. 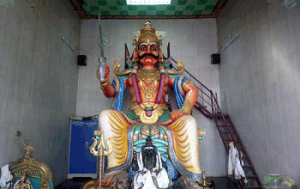 An interesting idol of the holy cow Nandi is situated near the dam. The idol is generally immersed in the dam water. When the water level goes down in the Mettur dam, the nandi idol appears. 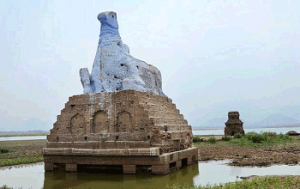 History says that the Nandi idol was attached to a temple which has now completely disappeared.

There is an extremely old church that has been present in the mettur dam. However the major parts of the church are immersed in the dam water now. Like the nanthi this is also visible only when the water levels are low in the dam. 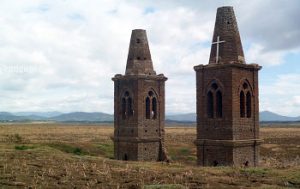 The zoo near Mettur

There is a small zoo near the mettur dam. As mentioned it is a small zoo that has few animals but the visitors’ rate this good. The zoo is a place to keep wild animals in restricted fences. The visitors of the zoo can see the animals in a cage and enjoy the wild life. It is an attraction or the kids. 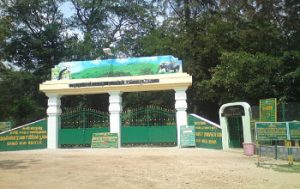 Hogenakkal Falls- hoge means smoke and kal means rock (Kannada) so the smoke likes appearance of the water when it falls on a rock is Hogenakkal. It is located in the state of Tamilnadu it is also called marikottayam. 180 km from Bangalore and 108 km from Salem (via mettur) this is a beautiful water fall. It is sometimes referred to as Niagara of India. 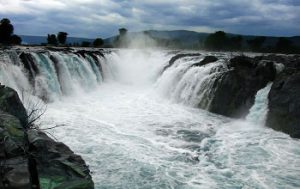 The specialty of this Tamilnadu tourism attraction is the medicinal bath. Boating is allowed in the dry days.

Kailasanathar Temple- Located in Kanchipuram, this is a Hindu temple. The name says it all. This temple is dedicated to lord Shiva. The architecture is Dravidian style and it is an ancient temple. The Pallava dynasty rulers made this temple. From Mettur one needs to travel a distance of 295 km (via NH 48) to reach this historic temple. 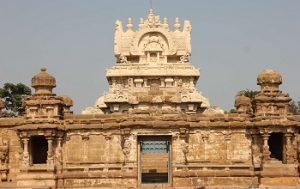 Sankagiri Hill Fort- 38 km from Salem this fort is maintained by the archeological survey of India. The Vijayanagara Empire built this fort in the 15th century. This was later utilized by the British as their tax storage center. Tipu sultan the mighty fighter had a military base here at the Sankagiri hill fort. Like all other forts of the country this too has a long victorious history attached. 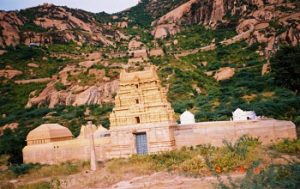 MM hills- Male Mahadeshwara hills (betta in Kannada) is located at a distance of merely 50 KM from Mettur (TN). MM hills are at Karnataka (Karnataka). Mettur is one of the important dams amongst India dams. The male Mahadeshwara hill has an important shiva pilgrim center. The southern India has ample of temples which are historic in nature. The hill valleys, the water falls and the temples all together make southern India a beautiful destination. 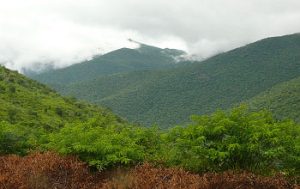 Mekedatu Falls- a goat was chased by a tiger and to save its life the goat took a leap across the George and landed at the other end. Since then the George is called ‘mekadatu’ (goat’s leap). That’s an interesting story. This fall is in kanakpura Karnataka. This is a beautiful site near mettur. Mettur as we know is a landmark in India dams. Here Arkavati River merges with Kaveri. It is around 93 km from Bangalore. Bangalore is around 202 km from Mettur. 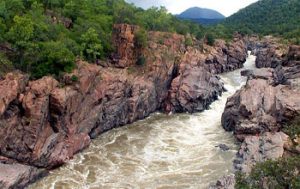